Cleanliness in the Kitchen Development

Am I Too Sick To Work? 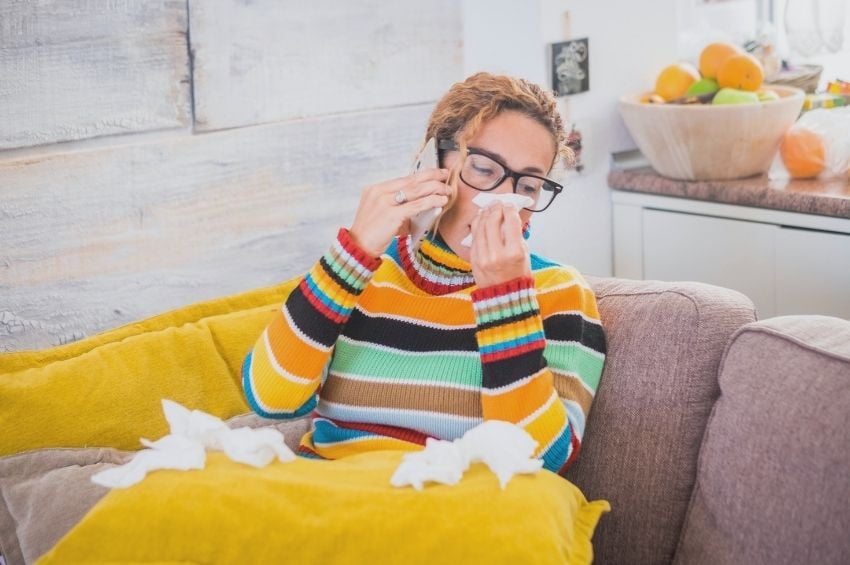 “Am I too sick to work?” is a more complicated question than it seems when it comes to the foodservice industry. Staffing shortages, difficult commutes, and fluctuating income from tips can mean foodservice workers face a difficult decision when they are feeling under the weather. Most people want (and need) to work, so many will still show up if they aren’t feeling their best. Unfortunately, their perseverance can contribute to making food unsafe.

It can be difficult to know when to report to a manager or shift leader when you’re feeling ill, but it could go a long way in protecting customers from foodborne illnesses – and workers from losing their jobs. According to the CDC, foodborne illnesses affect millions of people and cause thousands of deaths every year. Approximately half of all those food-related illness outbreaks are caused by norovirus, or more commonly, the stomach flu.

Did you know that people with norovirus are contagious from the moment they feel sick until at least three days after recovery? A nasty stomach bug with diarrhea, vomiting, nausea, and/or stomach cramping can appear seemingly out of nowhere because norovirus is highly contagious. Norovirus can easily be transferred airborne, through sneezing, coughing, or vomit. People can also become infected by touching surfaces that are contaminated, then touching their mouths or by eating foods that are contaminated.

Following proper handwashing practices and ensuring that no one has bare-hand contact with ready-to-eat foods are the two best strategies when it comes to protecting both the people and foods in your workspace. If you’re feeling sick, the best course of action is to talk to your manager. Depending on your symptoms and level of exposure, you may be restricted or excluded from working with food.

People working in the food industry have a responsibility to report certain symptoms including:

Foodservice workers should also report if they or a member of their household has been diagnosed by a doctor with:

It must also be reported when a foodservice worker:

Test yourself! Do you know which scenarios should be reported?

Along with dangerous and sometimes fatal symptoms, foodborne illnesses can also result in billions of dollars lost, legal action, and damaged reputations. Knowing when it is necessary to report an illness to your manager can protect everyone who comes through their doors.