Cleanliness in the Kitchen Food Safety 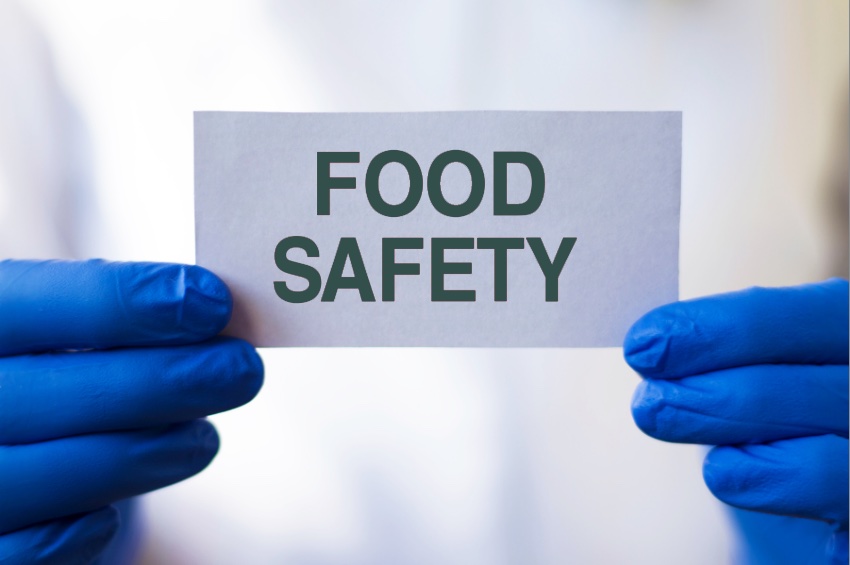 Exceptional food safety practices mitigate and prevent foodborne illness outbreaks. Foodborne illnesses, commonly referred to as food poisoning, can affect the reputation of a business, the health of the population, and the economy at large. People who experience food poisoning may stop dining at restaurants, turn to social media to drag the establishment they feel caused the illness, or submit a complaint about the business to their local health department. With an estimated 48 million people becoming ill from a foodborne illness each year (Centers for Disease Control and Prevention (CDC)), that’s a lot of consumers to alienate! In order to help the foodservice industry maintain safe food environments, Trust20 is here to dispel ten common food safety myths.

Myth #1 - If something tastes good (or okay or delicious) it must be safe.

FALSE! Your sense of taste, smell, and sight cannot be trusted to suss out unsafe food! As few as 10 bacterial cells can cause a foodborne illness (such as E.Coli), which is not enough to be seen, tasted or smelled by a human. Rather than rely on your senses, you should refer to packaging expiration dates and food storage rules. You can always refer to the USDA's Food Safety and Inspection Service’s Cold Food Storage Chart. Another great resource to refer to is the Foodkeeper App, a resource developed by the Food Safety and Inspection Service, Cornell University, and the Food Marketing Institute to help people maximize the freshness and quality of food items.

Myth #2 - If you get sick from food it’s always that last thing you ate.

FALSE! Symptoms of foodborne illnesses can appear anywhere from 30 minutes to six weeks after eating unsafe food. The chart below is an excerpt from the US Food & Drug Administration showing the threats vary quite dramatically and symptoms range from mild to incredibly serious, life-threatening sickness.

Myth #3 - The worst symptom of a foodborne illness is an upset stomach.

FALSE! An upset stomach is most commonly DISCUSSED symptom of foodborne illness – it is certainly not the only one, let alone the worst. There are many symptoms which have nothing to do with the gastrointestinal system (stomach, gut, etc.).

The CDC also notes that symptoms can occur in the nervous system, renal (kidneys) system, and muscular system. Other symptoms of foodborne illness can have a greater impact on certain at-risk populations like newborns ( sepsis, pneumonia, meningitis) and pregnant women (miscarriage).

Myth #4 - I didn’t get sick from eating it, so no one else should either.

False! Have you ever heard someone say they have a strong stomach? It isn’t just a saying! Some people’s systems are better equipped to defend against the bacteria that cause foodborne illnesses. Those who are more susceptible are often referred to as “high-risk” populations.

High-risk populations include the elderly, pregnant women, infants and young children, or individuals who are immunocompromised (HIV-AIDS, cancer, chemotherapy, or transplant recipients). In fact, Cedars-Sinai, a nonprofit academic healthcare organization in LA , recommends that if someone falls into one of these high-risk categories they should seek out a doctor as soon as symptoms develop.

FALSE! Foodborne illnesses are actually underreported. One of the main reasons is because the primary symptoms of a foodborne illness (nausea/vomiting/diarrhea ) are often dismissed as just “the flu” and thus patients and doctors will not consider contaminated food as the cause of sickness.

Another factor to consider is that food safety research has rapidly expanded over the last few decades – and our understanding of foodborne diseases along with it. New types of bacteria and viruses have been discovered, thereby increasing the number of cases of foodborne illness reported in the past (that were mistaken as something else). Certain bacteria, such as Staphylococcus Aureus, have also grown stronger and now cause more serious symptoms – leading to higher reporting rates.

The foodservice industry and the general public now hear more about foodborne illnesses because science allows us to detect the cause more easily, and food can be better traced back to its source due to the government standards in place today.

More than 250 different foodborne diseases have been discovered and each year, one in six people in the United States gets sick from consuming contaminated foods or beverages (Washington State Department of Health).

Myth #6 You can tell food is cooked just by looking at it.

‍FALSE! Just because it “looks right” doesn’t mean it is safe to consume! Whether you are preparing food to serve at a restaurant or in your own home, cooking food to a safe internal temperature can save everyone from a stomach ache (or worse!). Remember, when measuring the temperature of food, insert your thermometer into the thickest part of the item you are measuring for the most accurate reading.

FALSE! How often have we “planned ahead” by taking frozen foods out of the freezer in the morning or at the start of a shift? Unfortunately for planners and strategizers like us, food should NEVER be defrosted at room temperature because the risk of entering the temperature danger zone is extremely high. There are three ways to safely defrost food: in the refrigerator, under cold, running water, or in the microwave. If food is thawed under cold water or in the microwave, you or the kitchen staff should be sure to cook it immediately.

Myth #8 - Fruits and vegetables don’t need to be washed as long as they are going to be peeled.‍

FALSE! This myth is an old classic. The reality is that chemicals and bacteria can easily transfer from the peel, rind, or peeler itself onto the fruits and vegetables being prepared. It is important to wash all produce – no matter how it will be prepared (that means garnishes too!).

‍Myth #9 - Foodborne illnesses do not cause long-term effects.

‍FALSE! Food poisoning makes an appearance in pop culture on a semi-regular basis and often helps to make someone (or several someones) the butt of a joke. Unfortunately foodborne illnesses are no laughing matter and may require more than toughing it out for a day or two. Serious, long-term effects of certain foodborne illnesses include: kidney failure, chronic arthritis, and brain and nerve damage.‍

Myth #10 - Meat and poultry should be washed or rinsed prior to cooking.‍

FALSE! This myth is actually rooted in history – washing meat and poultry to remove dirt, slime, fat or blood was common decades ago when people slaughtered and prepared their own food, but the processing regulations in today’s food system renders washing meat and poultry unnecessary. This outdated practice actually increases the risk of foodborne illness in today’s world as it can spread the bacteria in raw meat and poultry juices to other foods, utensils, and surfaces. Helloooo cross-contamination! Next time, skip the rinse and focus on preparing meat to the proper internal temperature.

Foodservice workers are at the frontline when it comes to protecting their communities from an outbreak of a foodborne illness. Operators can help facilitate creating safe foodservice environments by ensuring their teams receive the essentials of food safety from an accredited Food Handler Certificate training and by offering regular opportunities to refresh their knowledge.

**Editor's Note: This blog was originally posted in October 2021 and was updated to reflect more myths and misconceptions about food safety.